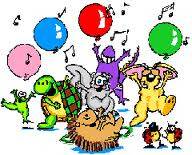 If the picture seems fuzzy, you've had enough to drink!
Wishing you & yours a Very Happy New Year!
Posted by Stitch 'n Frog at 6:19 PM No comments:

Red Heart has a new yarn, it's with Love Yarn 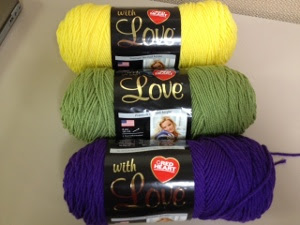 Red Heart with Love yarn is a premium worsted acrylic yarn that comes in 28 bright and bold colors. This yarn was made in the U.S. from premium acrylic fibers that are engineered to be softer and keep its shape. You are literally going to fall in Love with this yarn as you are working your project up. The more projects you make, the more you'll fall in love with the yarn.

On Saturday, December 10, 2011 I was given the opportunity to take part in the Victorian Christmas Celebration at the Agrirama here.  My table was set up inside the Museum, along with other sellers.  We were entertained by three groups of talented Cloggers early in the day, and later by three sisters who sang carols.  Their voices were amazing and the accoustics gave them a slight echo effect that added to their natural abilities.  It was a very moving experience.

You can see dozens of photos at the Georgia Museum of Agriculture and Historic Village photo pages on Facebook.

This was our table, although you can't see it very well; 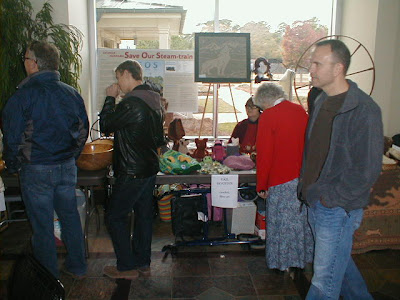 ﻿
We had a great time and plan to take part in the Spring Folklife Festival that is scheduled to happen on April 14, 2012.  That time we will set up outside, unless the spring rains fall, in which case they will move us indoors again.

The children who came to our table were the most fun.  They loved the things we had set out, and were thrilled when they had enough money to buy one of them, and when we gave them something for free.  We had a big lot of "Scrappers" to give away, and gave some of the hamsters away, and a bunch of bead necklaces.  I think we had even more fun giving things to them than they had, although from what others told us, the kids were thrilled with their goodies.


The following pictures are photos shot by the Agrirama photographers, in the fiber area;
These kettles are the way my grandmother dyed her fiber, both cotton and wool. 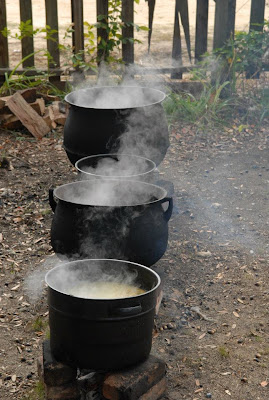 As you can see, it also dyes the hands of the worker~ 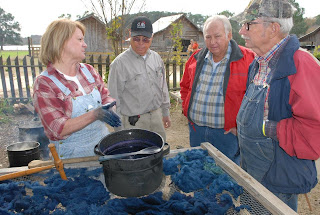 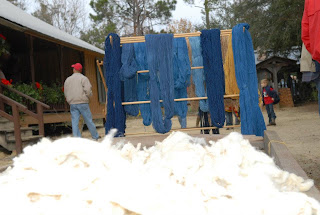 One of the purposes of the Agrirama is to educate the young, and old, about the ways out ancestors lived, worked, and ate. 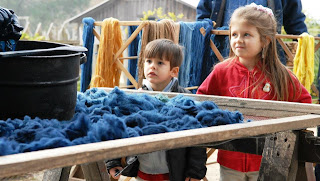 The carolers were warming up on the front porch of one of the old homes at the Agrirama. 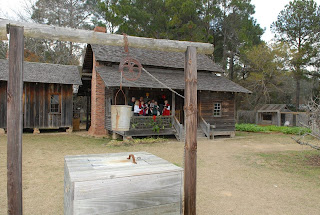 Singing to a small group of people who were walking the Museum grounds. 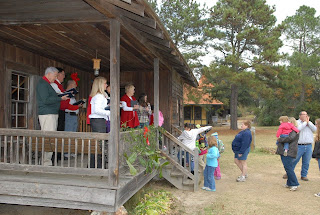 I hope to get a LOT of photos on my own at the Spring Festival.  But if not, you can always see lots of them at Georgia-Museum-of-Agriculture-and-Historic-Village
Posted by Stitch 'n Frog at 12:09 PM 1 comment: